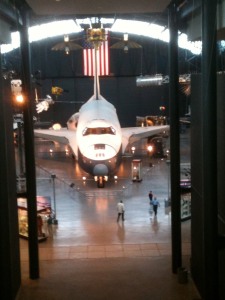 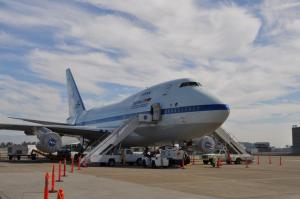 Betelgeuse is one of the brightest stars in the constellation of Orion. Its name apparently translates as the “Warrior’s Armpit” which pretty accurately describes its location! It is a red supergiant star which basically means that it is very large (about 20 times bigger than the sun), short lived and nearing the end of its life. Stars of this type die in a spectacular explosion known as a supernova, following a massive internal collapse.

New results presented this week at a conference in America suggest that since 1993 Betelgeuse has shrunk in size by around 15%, which could be a sign that this explosion is imminent. Of course, this is not the only possible explanation for the difference – it could be an illusion caused by the star’s bumpy surface (which can make it look smaller from certain angles) or it could just be a long term wobble, and it will eventually grow again. I know this is all very vague but the thought that it might explode within my lifetime is really exciting – it’s likely to be so bright that it’ll even be visible in the daytime sky for several months.

Conferences always throw up interesting stories like this that get picked up by the press. Unfortunately, this result is being overshadowed in the UK by this story (though I think this may be because of the accompanying animation and ‘end of the world’ overtones). Personally, I think the possibility that we might get to see a supernova in action close up is definitely more interesting. I’ll certainly be looking out for it!